Back to top
Press Releases 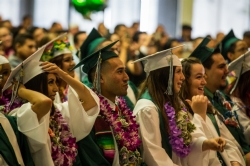 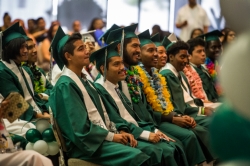 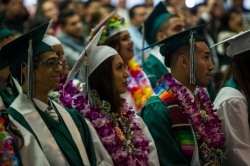 “We’re proud to once again have our schools recognized as among the best in the state and nation, and it’s especially gratifying to see a healthy competition for that top spot between our two schools in the San Fernando Valley,” said Magnolia CEO Caprice Young. “Ever since Magnolia opened its doors 15 years ago, it has offered families access to a high quality public school right in their neighborhood. That has tremendous value, as does the fact that we’re sending nearly all our graduates each year to college ready to excel.

“Our success and this recognition show there are no limits to what you can achieve with a dedicated team of staff and educators who come in to work with one goal in mind: to open doors of opportunity for students.”

U.S. News and World Report factors in several criteria including graduation rates, students' performance on state tests, whether historically underserved students performed better than the state average, and college readiness based on Advanced Placement and International Baccalaureate participation and performance.

Each year, more than 94 percent of Magnolia seniors are accepted to college and among Magnolia’s graduates, 98 percent complete high school meeting UC/CSU required courses. The Reseda school was 14th among all Los Angeles high schools for its UC acceptance rate—with 30 percent of its seniors being accepted to UC schools.

Magnolia Public Schools is a high-performing network of 10 public charter schools Southern California that provides a college preparatory educational program emphasizing science, technology, engineering, arts and math (STEAM). Magnolia’s mission is to prepare students to succeed in college through a rigorous academic program while reinforcing core values through character development classes that cultivate respect for self and others. Magnolia’s vision is to create scientific thinkers who contribute to the global community as socially responsible and educated members of society. www.magnoliapublicschools.org